VANCOUVER, September 14th.  Evan Esselink (29:50) and Malindi Elmore (32:44) laid down convincing markers winning Saturday’s Under Armour Eastside 10K ahead of an impressive field of 2,900 participants.  Evan stuck with a group of runners including last year’s winner, Trevor Hofbauer who came in second place and Milton Ontario’s Ben Preisner who came in third.  Evan made a move at the 8K mark and dropped the hammer at 9K to finish off strong contenders in Hofbauer and Preisner. 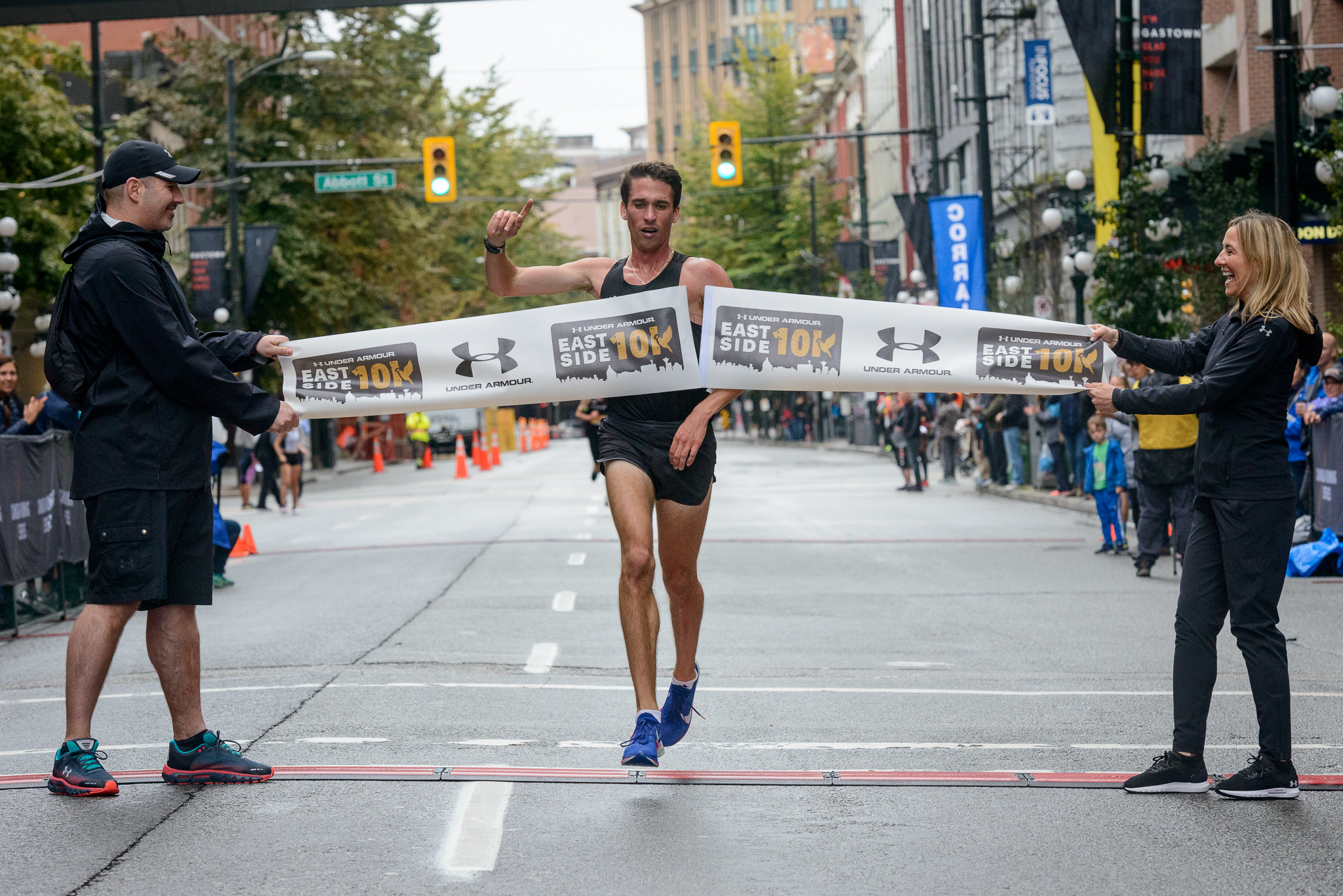 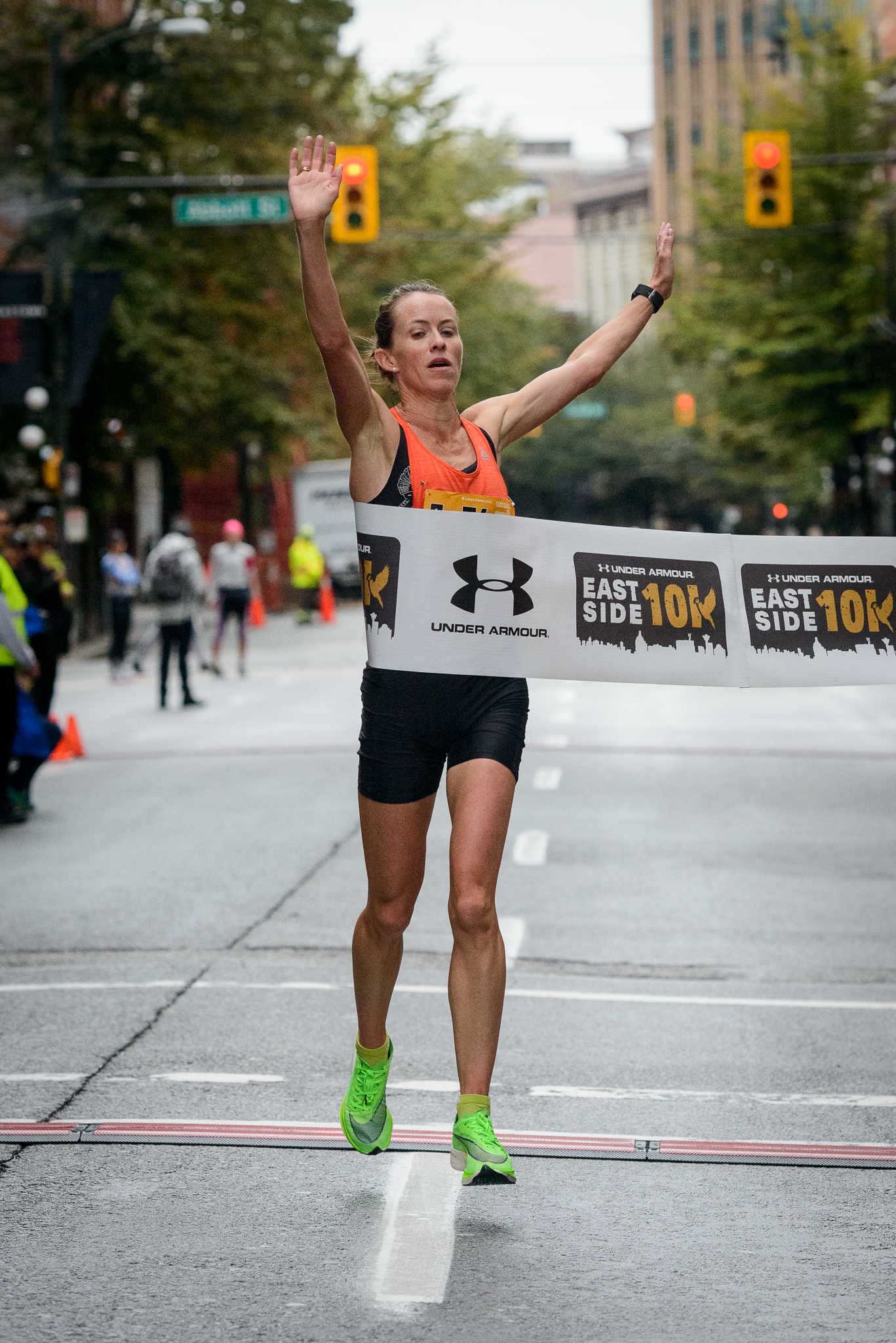 On the Women’s side, Malindi Elmore stormed to an outstanding victory on the challenging eastside course who, along with Evan, will be competing in the Athletics Canada marathon trials at the Scotiabank Toronto Waterfront Marathon October 20th.  Malindi was able to hold off Boise Idaho’s Kinsey Middleton for most of the race as well as previous Under Armour Eastside 10K winner Leslie Sexton who came in third.

The event attracted a field of 2,900 runners and so far has raised over $26,000 in support of the Downtown Eastside Women’s Centre, PHS Community Services Society, and Youthco. Participants can continue to fundraise online until October 1st online at www.eastside10k.ca.

“Every year the competition gets better,” said race director Ryan Chilibeck. “It’s also so great to see runners completing their first run, setting personal bests and fundraising for our three great charity partners. The Under Armour Eastside 10k is a true community event.”

Information and complete race results can be found at www.eastside10k.ca