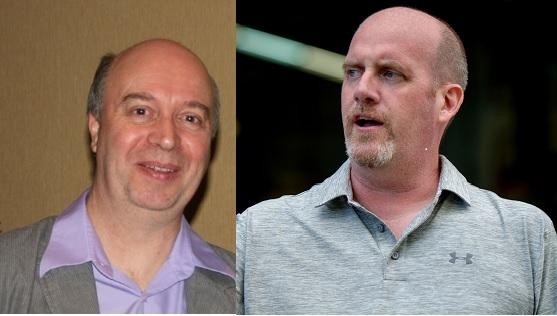 On Monday, April 9th, Maurice Wilson submitted his letter of resignation and retirement and will finish with BC Athletics in Mid-June 2018.

Maurice has been with BC Athletics for 10.5 years and in that time has had a very positive and significant influence and impact in the Road, XC, Trail, Mtn Rg and Ultra programs in British Columbia and the role of BC Athletics in those programs. His achievements are numerous. His insight and crafting of Association Policies and Rules that reach across all facets of BC Athletics have helped make the Association better in so many ways.

His engagement, influence and guidance have extended to the National level of Athletics where he always championed initiating and enhancing the programs and services to the Off-Track Programs of Athletics Canada. It was his push, along with others, that resulted in Athletics Canada committing to selecting and fully funding a Cdn Team to compete in the IAAF World Half Marathon Championships. It was his influence and logic that resulted in the BC Athletics Athlete Assistance Program including the Half Marathon (as a Marathon development pathway event) for funding eligibility. Our BC Road Running and Cross Country Teams have been well served by Maurice and his efforts to insure the consideration of BC athletes for Championship invitations and support from the event organizers. Provincially – to name only a few – The BC Regional Road and Cross Country Series, BC Road and Cross Country Championships, BC Super Series, the migrating of the Haney to Harrison Road Relay & Ultra to The Whistler 50 and The Vancouver Sun Run Elite Athlete Invitations Coordination have the Maurice Wilson palm prints all over them.

We are much better for having Maurice on staff and leading the Road and Cross Country programs for BC Athletics.

Tributes and notes of appreciation are very welcomed so feel free to put words to paper, email, twitter or song and address them to Maurice at maurice.wilson(at)bcathletics.org

BC Athletics is pleased to announce that Clifton (Clif) Cunningham has been appointed to be the next BC Athletics Road & Cross Country Running Technical Manager. Clif is assisting in the staff transition throughout June and will begin full-time with BC Athletics in July.

Clif comes to this position with years of experience with the Canada Running Series helping to develop the operational business plan and long term strategic direction for CRS events in Vancouver. He has been a key member of CRS executive that has been successful in both hosting road running events and initiating a national fund raising strategy that has to date raised over $10 Million for over 1000 charities. Clifton’s work, since 2002, with the Canada Running Series has helped in growing the Series and it’s recognition of CRS Events with IAAF Gold Label status.

As an independent contractor, Clif worked with the Chicago Marathon, the 2015 Toronto Pan American Games, Trail-based Duathlon Events in North Vancouver and Campbell River and as the Technical Director for the 2007 and 2008 Canadian Cross Country Championships.

“As a past chair and current member of the BC Athletics Road Running Committee, Clif brings a wealth of experience to the Road & Cross Country position, all of which will be a great benefit to building on the legacy of Maurice Wilson”, said Brian McCalder, President/CEO. “We look forward to Clif joining us, as we continue to strive to meet our Vision of providing International Level Excellence in Athletics”, added Greg White, Chair BC Athletics Board of Directors.

We invite you to welcome Clif at clifton.cunningham(at)bcathletics.org