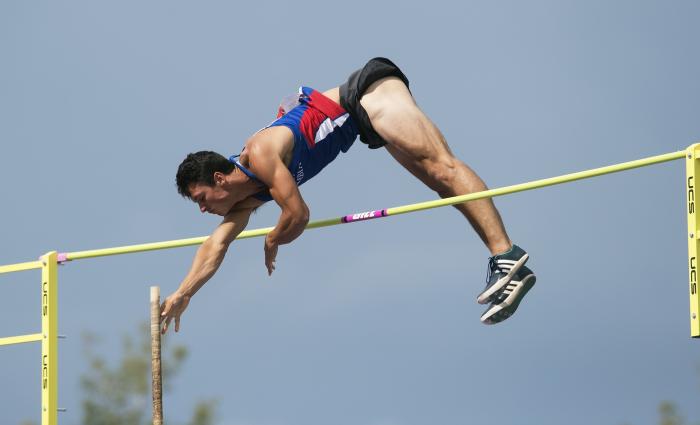 Congratulations to all the athletes that competed at the Canada Summer Games. Over the week there was much to celebrate as our athletics contingent won 19 medals in Winnipeg – two more than in Sherbrooke 2013 and many others achieved seasons and personal bests!

The points you competed for are tallied in flag points which measures how each province finished relative to 2013. The males repeated their flag point total of 8.0 from 2013 while the females improved their flag point total by 2.0 from the previous games for a flag point total of 9.0! In the unofficial Athletics points tally (completed by Athletics Quebec), British Columbia captured 2666 points and finished second behind Ontario (3536 points) on the women’s side. The men finished third with 2944 points behind Ontario (3596.5 points) and Quebec (3046 points). Combining the women’s and men’s point scores, BC finished second with 5610 points!

Many events and medals are still to be decided at the Canada Summer Games but currently British Columbia is in second for flag points with 112.5 points behind Ontario (140 points) and ahead of Quebec (110 points). In the medal standings British Columbia is in third with 77 medals (34 gold, 27 silver, and 16 bronze). Ontario has 121 medals and Quebec has 82 medals.

We had one record breaker on our BC Team this year. Jerome Blake clocked 10.38 in the 100m final which tied the Canada Games record set back in 2001 by Nathan Taylor of Ontario. While we all watched Jerome’s amazing 100m performance even more impressive was his ability to refocus and comeback to perform in both the 200m and the 4x400m relay! Well done Jerome!

We also encourage you to check out photos from CSG at https://www.flickr.com/photos/team_bc/ and please give credit to Kevin Bogetti-Smith of Team BC if you post them!

Congratulations to all athletes, coaches, and managers!

Below is a compilation of Team BC’s medalists and athletes who achieved a personal best!

Congratulations again to all BC Team members!

Full results are on trackie or the Canada Games website

The 2021 Canada Summer Games will be held in Niagara, Ontario.

Athlete of the Year Awards - Call for Nominations!