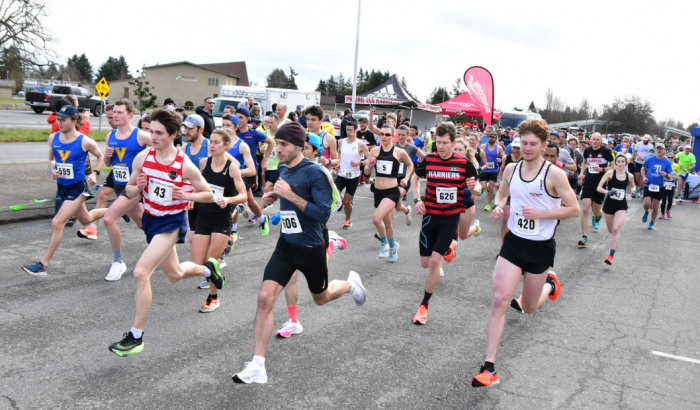 Sunday saw another great group of runners take the country roads of Saanich, in the Prairie Inn Harriers – Pioneer 8k, host of the 2022 BC Athletics 8k Road Running Championships.

Tristan Woodfine won in a time of 23:10 and Gen Lalonde the women’s side with 25:58 were the overall winners,  but being from out of province, they were not eligible for the BC Championship.

Brendan Wong of the Coquitlam Cheetahs and Kate Ayers of University of Victoria were crowned the BC Athletics Champions. Both were second overall in their genders, with 24:31 and 27:31 respectively. On the men’s side, Brandon Vail and Michael Barber were 2nd and 3rd BC Athletics members across the line. For the women Elise Coates and Jen Millar.

Full championship results are below and attached.

The Road Running Provincial Championships this year are hosted by:

If you see an error or omission, please email Clifton.Cunningham – errors often occur due to a difference of name spelling between results and membership registration.