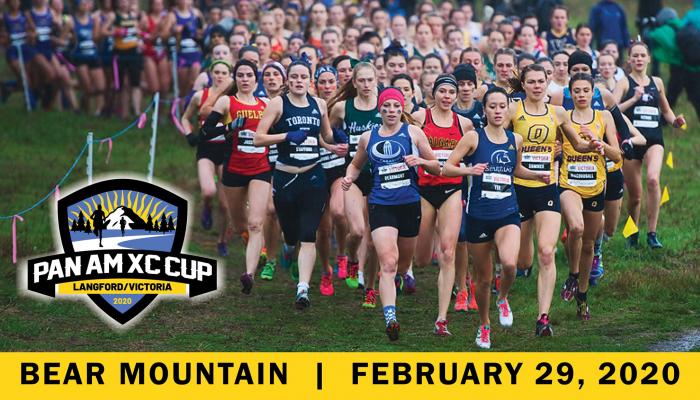 One hundred and twenty six (126) athletes will compete in four races – two U20 and two senior races, male and female. The U20 men’s race will be over an 8km distance, and the women athletes will run 6km. Both the senior men and women will run 10km. The course features much more challenging terrain than previous versions of the event.

“This is going to be an amazing competition featuring some extremely fit athletes from around our hemisphere,” says event General Manager, Bruce Deacon. “This will be one of the best cross country meets in BC’s history and definitely not an event that running fans will want to miss.”

Canada and the USA are fielding strong teams – both 24 strong – featuring the country’s best cross country runners. Peru are sending 18 runners, Mexico, 15, and Brazil and Puerto Rico, 12 each. Trinidad and Tobago will have five athletes, Bahamas, four; Columbia, three; Costa Rica, Guadeloupe, Panama and Venezuela two each, and one athlete from El Salvador.

In addition to the national competition at the Pan Am XC Cup there are a series of races that are open to the public.

The 5km Community Race kicks off the day’s festival of running where participants will be able to run the championship course which including hills, mud and a sand pit!  The Nations Cup for students in grades K-2, 3-5 and 6-8 has a schools challenge with schools being designated a country and they run in t-shirts with the country's team colours. For older students – grades 9 – 12 – there is the Pacific Northwest Youth Cup where teams of five boys and five girls can score points to determine the fastest city team.  Canada and USA rivalry in cross country running will be seen up close at the Can Am Masters Challenge. Canada leads the challenge series over the USA 18 – 14 and is undefeated on Canadian soil.

For more information on the Pan Am XC Cup and to register for any of the public races go to: https://panamxccup2020.com

The BC Cross Country Championships are coming up on October 23rd! Are you ready to run?

Fall Season on the fields, trails and roads!