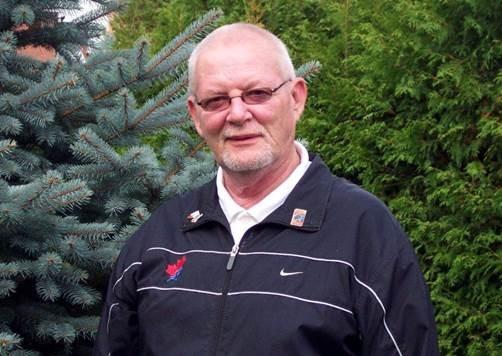 BC Athletics is saddened to hear of the passing of Harold Nicholson, Past President of Athletics New Brunswick. Harold passed away November 6th, 2013 at the age of 66.

Harold served as the president of Athletics New Brunswick from 1989 - 2011 and was certainly the leading factor in making Athletics New Brunswick the organization it is today. Harold was also a Canadian Legion Youth Championship Team coach and Canada Games Team coach for many years, and in 2012 was awarded the National Investors Group Volunteer Sport Administrator of the Year at the Coaching Association of Canada for all of his work in the sport of athletics in New Brunswick.

Over Nicholson's time as President of Athletics New Brunswick, great progress was made including the development of the organization's policies, the 2010 IAAF World Junior Track and Field Championships, and the ANB website.

Resting at the Britton Funeral Home, 2 High Street, Hartland with visiting hours on Friday from 6-8 p.m. The funeral service will be held on Saturday at 2:00 p.m from the Lorne Britton Memorial Chapel in Hartland with Pastor Michael Horsman officiating. Interment will be in the Greenwood Cemetery. If so desired donations can be made to the Harold Nicholson Scholarship Fund by contacting the funeral home (506-375-4343).