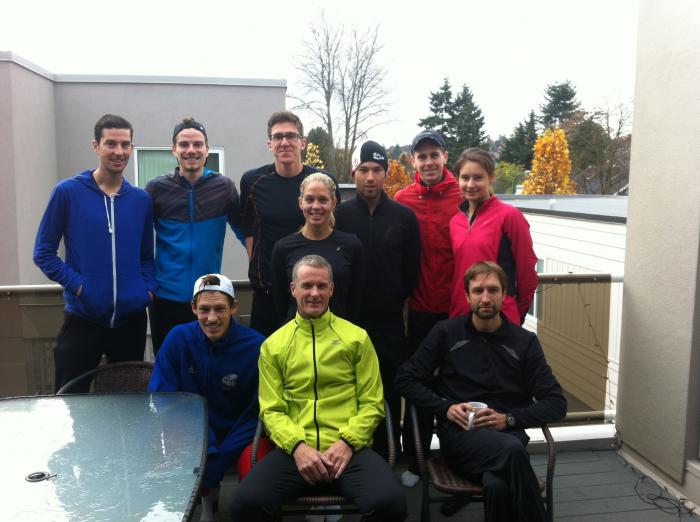 BC ATHLETICS INTRODUCES THE BC ENDURANCE PROJECT (BCEP)

BURNABY, BC - The BC Endurance Project (BCEP) is a select group of high performance distance runners (5,000m to marathon) residing and training in the Vancouver area. The group is supported and funded by BC Athletics, the Canadian Sport Institute, viaSport and the Government of British Columbia.

Richard Lee is the Head Coach of the BCEP. Richard is from Kincardine, ON and a graduate of Queen’s University in Kingston, ON. While attending at Queen’s, Richard took on the role of personal coach to his future spouse Sue. Under his guidance Sue qualified for both the 1984 Los Angeles Olympics and the 1988 Seoul Olympics where she set Canadian records in both her heats as well as in the Final (finishing 8th place) in the 10,000m.

Since 2008, Richard’s focus has been on coaching post-collegiate athletes, helping them move to the next level of National Team and International Competition. This experience and focus has helped shape the current BCEP roster.

The project has been in full operation for the past 3 months with some excellent results:

The fall racing season will conclude with the group taking on the best cross country runners Canada can provide at the 2013 Canadian Cross Country Championships at Jericho Park in Vancouver on November 30th. This should provide for some exciting racing on what amounts to be the BCEP's home course.

Any questions about the BCEP can be directed to the Head Coach, Richard Lee – Richard.lee@bcathletics.org