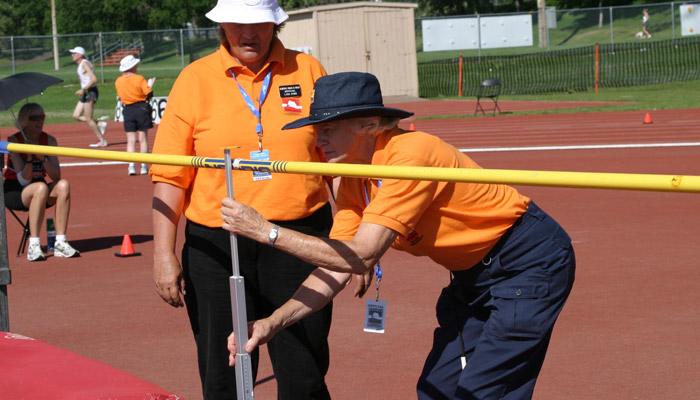 September 1, 2010 14:59pm
It is with great sadness that we announce the passing of Roger Power, a long time Starter (Official) from Victoria.  A warm and welcoming hello always greeted you whenever he met his fellow officials and others who involved in event organizing.  Our condolences and support are extended to his wife Joan, their children, grandchildren and many famly members.  The following is taken from Times Colonist Newspaper
Roger C. Power POWER, Roger C. February 10, 1938 August 26, 2010 Roger passed away gently and peacefully at home after a brief illness. To remember and miss Roger with love are his wife of 50 years, Joan, daughters Lisa (Brian), Janis (Mike) and beautiful granddaughters (who have given him such joy), Allison and Lauren. He also leaves sister Betty (Dougald) and brother Gerry (Pauline), and many nieces and nephews. In Roger's early years he played football with the Meralomas, Vancouver College and in 1958 was the first draft choice for the B.C. Lions. After suffering a sports-related injury, he chose teaching as his life's career and taught at Lakehill and Fairburn Elementary schools for 30 years. He was the track starter with the "red " arm for over 40 years. Roger will be remembered as a kind and gentle man whose life revolved around his family and many loyal friends. Service to be held at First Memorial at 4725 Falaise Drive, at 2:00 p.m. on Tuesday, August 31. In lieu of flowers, please consider giving to a charity of your choice.
Other News