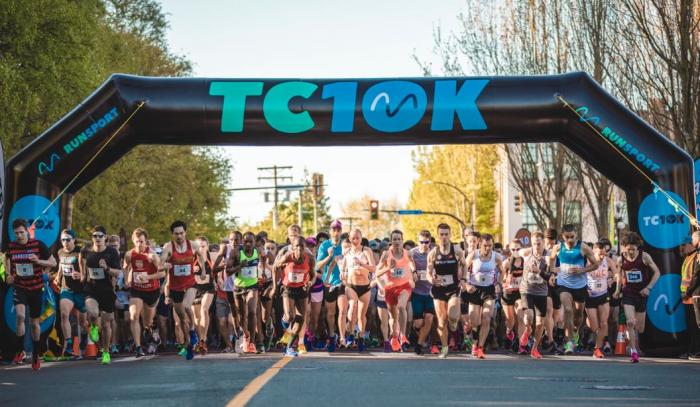 In the men’s race, 2018 winner Haron Sirma was able to repeat, winning the event in 29:38. Haron recently finished third at the Vancouver Sun Run. Second and third went to Alberta athletes Matt Travaglini (29:55) and Stefan Daniel (30:00).

For the BC Athletics 10k Provincial Championship results – click here.